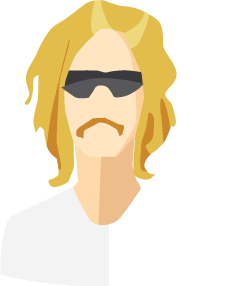 Clogged DPFs are a problem for any vehicle owner mainly because they not only decrease engine performance but also eventually lead to costly engine repairs. And when the soot is left to accumulate beyond a certain point, the only way to get your vehicle to run is to replace the device, something that is very costly.

Your vehicle is designed in such a way as to allow for burning of any accumulated soot. However, this process is dependent on your running the engine for extended periods in order to ensure that the temperature of the exhaust is high enough to trigger the combustion of the soot particles.

In cases where your engine doesn't get to run to the point where the exhaust temperatures can guarantee soot particle burn-off, your vehicle's engine management computer will step in. It will trigger post combustion fuel injection with the sole aim of facilitating the increase in the temperature of the exhaust. This is sometimes enough to cause the burning off of the soot particles and hence preventing DPF clogging.

But if after the intervention of your vehicle's engine management computer soot burn-off doesn't happen because of too-short-to-cause-any-effect driving cycles, then you will have to drag your vehicle to an auto repair shop for either forced DPF regeneration or the replacement of the DPF. The good news is that there are things that you can do so as to avoid reaching this stage.

Things you can do to prevent diesel particulate filter clogging

Both the normal and the after-intervention burning off of soot depends on how long you let your engine run. If the driving cycles are too short, these regeneration attempts won't be successful. Making sure that you occasionally allow your engine to run long enough to reach normal engine running temperatures will reduce the rate at which the DPF clogs.

Generally, the active regeneration process – where the engine management computer intervenes – usually takes place only when the fuel levels are above a certain point. Therefore, if your vehicle is always low on fuel, chances of this process taking place are limited. Making sure that there is always enough fuel in your tank will go a long way towards ensuring that this process takes place and hence reducing the risks of clogging.

You can also use DPF additives. These are effective in preventing clogging simply because they increase the chances of soot burn-off even in cases where the exhaust temperatures are not as high as they are supposed to be to trigger burn-off. This is because most additives contain compounds that ignite at lower temperatures. And when these compounds attach themselves to soot particles, they usually force soot burn-off at way lower temperatures and hence reducing the rate of DPF clogging.